Google ads policy update came on July 20th but I didn’t pay much attention to it as I was busy with other content. So today I thought of making an article today about the Google strike policy. Because still many people don’t know about this strike policy and do the same thing then google strikes it. In this article, I will try to explain to you deeply and simply what is Google Ads Policy?

This system was earlier followed by YouTube in order to keep copyright content and violent content under control. But now Google ad is also following this system.

On July 20, 2021, Google announced that it would be piloting a new policy program in which repeat offenders of three of its current policies would receive a series of strikes – indefinite account suspensions resulting from the third strike.

Google is trying to control unsafe and harmful or violent ads from Google because it is happening more these days.

How many strikes will google make:

A first strike applies when any part of your ad violates the same policy that you were previously warned about within 90 days of the original warning. This will result in a temporary suspension of your account for three days, meaning none of your ads will run.

Once your three-day ad times out, your account will continue running as normal, but the infringing ad will be disabled until it’s fixed.

If you violate the same policy again within 90 days of the first strike, you get a second strike. Once the second strike is triggered, your account will be put into the seven-day long time-out.

Let’s say you manage to violate the same policy over and over again within 90 days of the second strike. The final third strike will result in the account being suspended indefinitely.

When will the Google Ads strike system be implemented:

Beginning September 21, 2021, warnings and strikes will be issued for violations of our policies enabling dishonest behavior, disapproved substances, and dangerous products or services—including ads or false documents that promote deceptive behavior, hacking services, and products such as spyware Huh. As well as tobacco, drugs, and weapons, along with other types of material. This type of advertising has been banned for a long time, but we are now introducing increasing penalties with each strike that is applied.

Read and understand the above paragraph carefully.

If any of these strikes were successfully appealed as being falsely flagged for infringement, the strike will be removed and not counted.

Now slowly Google is starting on all its products, Google is smarter than us, so friends keep this in mind, before taking any action what will be its reaction think once... 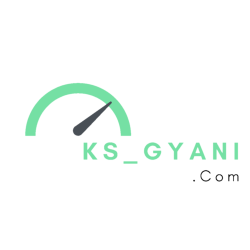 Learn Blogging with Me. In This Site, You Will Get Only (Blogging & Make Money Online) Related Articles That Will Help You To Increase Your Online Platform.